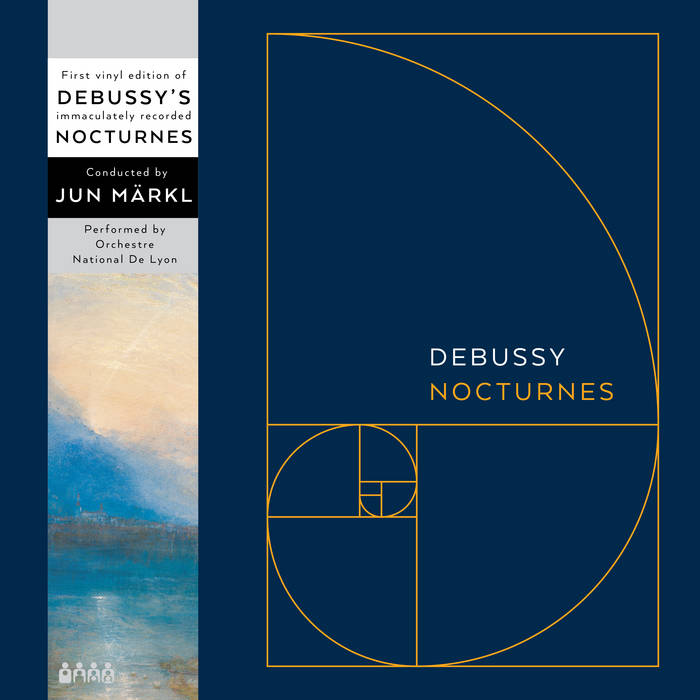 No one can resist the seductive singing of the sirens, according to classical mythology. Claude Debussy (1862-1918), one of the greatest innovators of Western music, was the first to bring the illustrious siren singing to the concert hall, accompanied by rippling waves and the silver glow of the moon. In doing so, the impressionist composer proceeded like a visual artist: he did not compose elaborate harmonies, but sought a dreamy interplay of ‘sound patches’ that evoke associations with colour, texture and light. For many, listening to Debussy is therefore a synesthetic experience in which hearing, vision, touch and of course the imagination come together.

Trois nocturnes (1899), inspired by the atmosphere of the night, consists of three acoustic poems in which Debussy wanted to ‘paint’ the light of the moon on the clouds, on a festive procession and on the sea around the siren island. He was inspired by the impressionist moonlight paintings by James Whistler, also called Nocturnes. In the first part of his experimental composition, Nuages, one can hear silvery-lit clouds slide slowly past the moon. In contrast to traditional Western music, this nocturne has no tension build-up, no development towards a climax, no abrasive dissonants that require a solution. No, Debussy’s music does not work towards a goal, but floats steadily and unperturbed, like clouds. ‘Music is a free, vibrant art which measures up to the elements, to the wind, the sky, the sea!’ Debussy wrote. He wanted to ‘take a lesson in freedom from the blossoming of the trees’. In this way, he hoped to rid music of the rigid confines that had stuck to it over the centuries, but also of the bombastic grandeur à la Wagner.

Debussy found another important source of inspiration in the Javanese gamelan music, with which he came into contact during the Paris World Exposition in 1889. From that meditative, self-contained music, he learned to regard instrumental timbre and simple musical motifs as ends in themselves, which do not necessarily have to be in the service of an overarching structure. The nocturnes of Debussy do not tell a story, but rather breathe an atmosphere, a state of mind, a fleeting impression.

In the second nocturne, entitled Fêtes, one hears cheerful, festive sounds rising from the night like flaming torches against a moonlit sky. Note the march-like sounds that suddenly interfere with the festivities, and evoke associations with a solemn procession, in which bombastic brass and percussion are not absent. The third nocturne, Sirènes, is the most ethereal of the three. Just like Nuages, it does not move towards a climax, but the sounds swirl aimlessly through the night, waving and repeating themselves – sometimes slightly varied, sometimes literally. It is not difficult to imagine beautiful, naked female figures with lush hair, who enchant passing sailors with their wordless singing and lure them into their deadly arms.

In fact, Trois nocturnes is an intoxicating siren song from start to end. ‘All people come to music to seek oblivion’, Debussy believed. ‘It is necessary to abandon yourself completely and let the music do as it will with you.’

Published by Edit.Futurum
Under license from Naxos Music
Manufactured and distributed by Clone Distribution

Kyle McNeill joins the show to talk about his new project, Phantom Spell