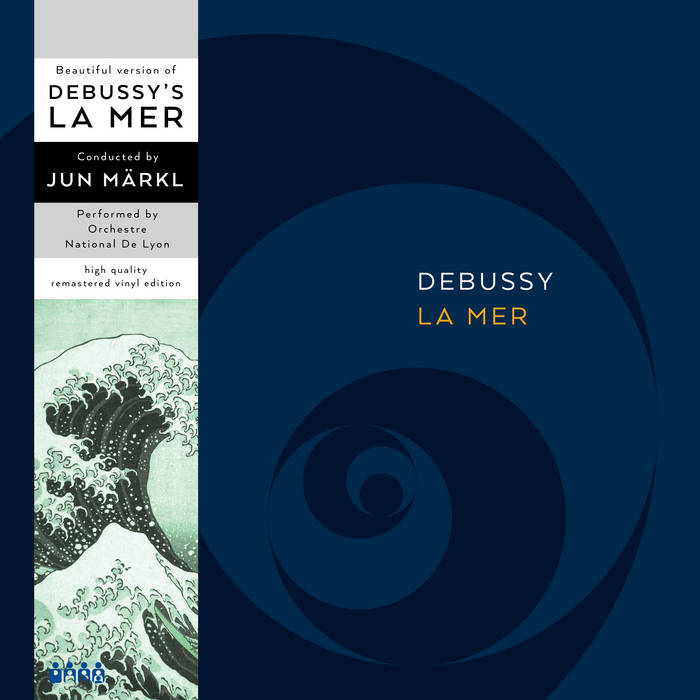 In 1903, Claude Debussy, one of the greatest innovators of Western music, went through a tumultuous period in which he lost some of his best friends. In order to escape the chaos at home, the impressionist composer and his mistress Emma made a trip along the coast of France. This gave him the necessary inspiration to complete La mer, an ode to the turbulent sea, within two years.

La mer (1905), which carries the subtitle ‘three symphonic sketches for orchestra’, has an exceptionally visual character, and evokes associations with the shine of the midday sun on the sea surface, the breaking of the waves, the splashing of foam and the sparkling of water droplets. It is known that Debussy was an ardent lover of impressionist painting and Japanese prints, and drew inspiration from the colorful seascapes of William Turner and Claude Monet when composing La mer. In addition, he chose a Hokusai print to adorn the front cover of the original edition of La mer, The Great Wave off Kanagawa, on which two boats are ruthlessly swallowed by a wall of seawater.

La mer is a musical painting that makes the different faces of the sea audible, the lovely and magical, but also the restless and grim. The opening sounds of the first part, De l’aube à midi sur la mer (‘From Dawn Till Noon on the Sea’), are energetic and uplifting, but have a somewhat threatening undertone, so that the listener immediately understands he is confronted with a majestic, unpredictable natural phenomenon. The waves alternately swell and weaken, while in the meantime, the sun gradually moves towards its highest point in the sky, casting its burning, dazzling rays over the turbulent surface of the water.

In the second part, Jeux de vagues (‘Play of the Waves’), the sea shows itself at its friendliest. It is the sea as we desire it when we go on a beach holiday, a sea that is pleasantly rippling and babbling, and inviting us to meditatively stare at it. Debussy composed La mer for a relatively large symphony orchestra. He did not do so in order to achieve a high dynamic range, but rather to have a comprehensive palette of orchestral timbres at his disposal. Thus, he could ‘paint’ all individual waves, swirls, gusts of wind, breezes and drip effects through an appropriate musical instrument.

The third part, Dialogue du vent et de la mer (‘Dialogue of the Wind and the Sea’), has a dialogical structure in which each musical image sounds in duplicate, as if the wind and the sea were entangled in a mirroring dance. The water surface is again tumultuous, and the listener could get the impression that the sea of Debussy is subject to mood swings. Therefore, it is not surprising that La mer is often regarded as a metaphor for life as a whole, which is just as capricious as the sea, and subject to the same dynamics of ebb and flow.

Under license from Naxos Rights International Ltd.
Manufactured and distributed by Clone Distribution

Trevor de Brauw of RLYR and Pelican stops by for a chat, plus a tribute to the late Trevor Strnad