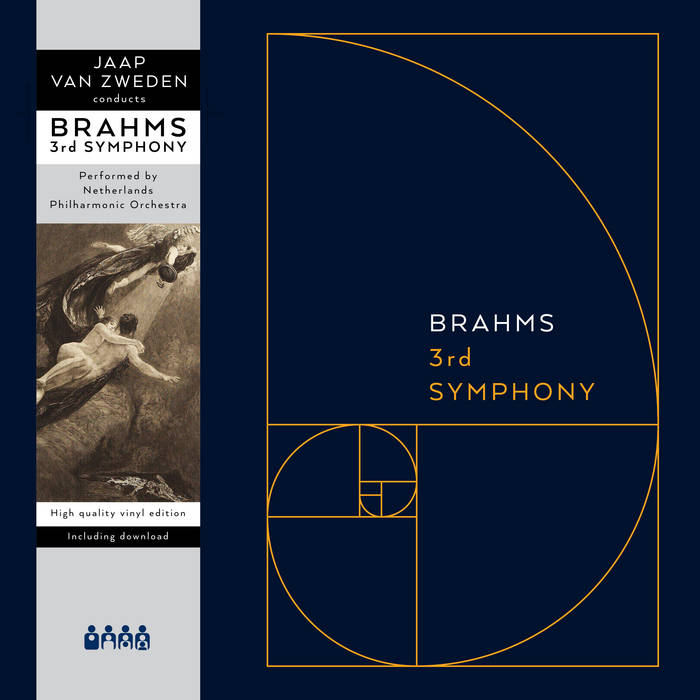 The conquest of freedom

Frei aber einsam, this became the life motto of violinist Joseph Joachim after he divorced his wife. Johannes Brahms (1833-1897) wrote a melancholic violin sonata for his friend Joachim, in which the notes F-A-E (Frei Aber Einsam) were central. In his Third Symphony, however, the great German composer decided to reflect his own life motto, Frei aber froh, which he did through the sequence of the notes F-A flat-F. This makes the Third Symphony one of the few instrumental compositions to which Brahms gave an extra-musical meaning. “Free but happy” expresses his independent attitude to life: Brahms never got married, but devoted his entire life to composing music, studying the music of his classical predecessors and to his beloved solitary walks in nature.

Brahms went down in history as a neoclassicist, who – contrary to his revolutionary, theatrical contemporaries Liszt and Wagner – wanted to stand up for classical form principles and abstract, “absolute” music. Still, he was unmistakably a Romantic and an original composer. Since Brahms grew up in a time when great composers from the past, such as Bach, Mozart and Beethoven, were rediscovered and honored, he had to find a way to relate to that glorious past. Unlike Wagner and Liszt, who wanted to take a radically new course, Brahms developed a personal musical language that built on the principles of his precious predecessors. Sometimes, however, he experienced this “ancestor worship” as a heavy burden. “I shall never compose a symphony!” he claimed in 1870. “You have no idea how someone like me feels when he hears such a giant marching behind him all the time.” Brahms was referring to Beethoven, his greatest idol. By that time, however, he had already started writing his First Symphony, which he did not finish until 1876, at the age of 43. Soon after that a Second (1877), Third (1883) and Fourth Symphony (1885) followed, which became a success among the general public and earned him the honorary title “third B” in the list of the big B’s, after Bach and Beethoven.

Brahms’s Third symphony opens with the aforementioned Frei aber froh-motif in F minor. This is remarkable, since the symphony itself is written in F major. An innovative aspect of the Third Symphony is precisely this continuous, restless conflict between major and minor, which adds an intoxicating tension to the work. Immediately after the F-A-F-motif, Brahms introduces a second melody, which has a heroic, majestic character, and is interspersed with an airy, lyrical motif in which the clarinet plays the leading role, to be heard for the first time in the second minute. It takes a great effort to conquer freedom, the music seems to suggest, but that effort is richly rewarded by light and happy moments.

The second part in C major has a rural atmosphere, and Brahms’s well-beloved friend Clara Schumann called it “a pure idyll; I can see the worshippers kneeling about the little forest shrine, I hear the babbling brook and the buzz of insects...” Here too, the clarinet, one of Brahms’s favorite instruments, plays a central role. The third movement in C minor opens with one of Brahms’s best known and most poetical melodies, evoking associations with the darkness of the night and the longing for a loved one. The mysterious opening motif of the fourth movement, in the ancient Phrygian mode, is interspersed with a fierce, heroic melody that makes it understandable why Hans Richter, the conductor of the symphony’s premiere, spoke of “Brahms’s Eroica”. Only in the final measures do these wildly succeeding motives come to reconciliation, when Brahms concludes his hopeful freedom symphony with the slowly dying away of the Frei aber froh-motif.

Under license from Brilliant Classics
Manufactured and distributed by Clone Distribution

Semiratruth joins the show to discuss their latest release, "loading..".